The Japanese Earthquake and Tsunami A Year On

To mark the first anniversary of the earthquake and tsunami, we've put up the performance the James Broad put in at the Gig for Japan last April. It's hacked into three ten-minute chunks as YouTube demands, but we hope you enjoy it.

Japan is still suffering from the effects of that day one year ago. The gig last year raised over £1000 on the night which we gave to the British Red Cross relief effort. Another £220 was raised by this blog by people watching the live stream and donating via JustGiving.com to Save The Children's campaign to raise money for the many children who were left orphaned.

More recently, we've been supporting http://itsnotjustmud.com/. If you would like to donate as a result of watching the videos, please head over to their excellent blog and support the great work they are doing.

Posted by Mark Wernham at 13:20 No comments:

Live Stream of Gig For Japan… Starts at around 8.15pm GMT on Wednesday 27th April!


Live streaming video by Ustream
Posted by Mark Wernham at 15:08 No comments:

• Here you will be able to find everything you need to know about the the Gig For Japan, Norwich.
• The gig is on April 27th at Norwich Arts Centre, St Benedict's Street, Norwich. Playing are Smoke Fairies, James Broad of Silver Sun and pixelh8.
• Tickets are a MINIMUM DONATION of £5, but please, if you can afford it, consider contributing more. You can choose how much to pay when you book tickets, whether it's over the phone or via the online booking system, or in person at the venue.


• Have a look over to the right. See the pictures? Those are videos of all the artists playing! You can click on them and have a look and a listen to them and get yourself in the mood.

CAN'T COME TO THE SHOW?
WATCH THE LIVE STREAM ON THE NIGHT!


• If you can't make it to Norwich, DON'T WORRY! You will be able to watch the entire show via the interwebs on the night!
The gig will be streamed here:
http://www.ustream.tv/channel/gig-for-japan-norwich


• And you can donate RIGHT NOW by clicking on the DONATE NOW! button up on the left of this blog, or by going to
http://www.justgiving.com/gigforjapan/


We will try to embed the live stream on this blog, too. Oh, the modernity of it all.


In case you were wondering who we are, that is, who is organising this gig, it's Mark Wernham (that's me) and Kaoru Sakurai. I'm a writer/photographer/musician and my wife Kaoru worked as a translator for Japanese music magazines. We have two young children. We live in Norwich. Kaoru is from Japan. Her family live in a the sprawl between Tokyo and Yokohama, 200 miles from Sendai, but still all the bookshelves fell down in Kaoru's parents' flat when the earthquake hit, and within a day or two, the supermarkets ran out of food.


Everything is OK where they are now, but the reality of the awful damage done to the country and the suffering people are going through in the north is hard to deal with, and it's going to take years to rebuild lives. We don't know how many children now don't have parents, everything they knew having been stripped away in an hour of nature's power unleashed.


Like everyone else we watched the TV footage in awe. We wanted to go to Japan to help, but we wouldn't be any help at all. So we wondered, what on earth could we do? The only thing we have any knowledge of that might raise money is music, so we decided to try to organise a benefit gig. I teach photography at the Norwich Arts Centre, and they quickly agreed to be involved, offering us several dates and any support they could in putting the show together. We're relying on their professionalism and experience to make the night go smoothly. It's a great venue which has hosted shows from some of the biggest names in the music industry over the years, usually on their first full UK tours. I saw Nirvana there back in 1989, and I know Oasis have played there, and Coldplay. I remember My Bloody Valentine were loud. The list goes on.


I then put out a request on Facebook - does anyone know anyone who could pull a crowd and can play for nothing in Norwich? Immediately James Broad offered to play an acoustic set. James is the brains behind the power pop band Silver Sun. Their first (utterly great) album came out in 1997, and I was writing for Melody Maker at the time. The paper sent me to Japan to interview them on their first Japanese tour, and that's when I met Kaoru - she was a huge fan of the band and was helping out their management with translation. The tour was a fantastic experience, they were treated with all the Japanese fan mania you've heard about and the gigs were terrific. Having James play this gig means a lot to us personally and there will be quite a few people tuning in to the web stream in Japan to watch this rare appearance.


I then asked an old friend of mine if the band he manages, Smoke Fairies, might be up for doing the show. Three days later, they said yes. I saw them at the Arts Centre earlier in the year at their sell-out show promoting their first album, and they were mesmerising. No wonder they've caught the attention of stars like Bryan Ferry and Jack White. Those two endorsements alone show the breadth of their appeal. We were thrilled they wanted to do the show and felt we had a really strong line-up.


I'm a bit of electronica fan, and I wanted to add something into the mix of the evening that would be a bit more blippy. I've been working recently with Matthew Applegate on an art project, and he records as pixelh8, making beautiful and oddly wistful music from re-purposed old video game consoles and the like. The chiptune scene is pretty huge in Japan, being the home of the video game industry, and Matthew had already organised a compilation album in aid of Japan which has raised something like $7500 so far. I emailed him asking if he'd play, he replied within seconds saying 'Yes, of course'.


In the bar there will be a very unusual appearance by Globo, my band. I won't be doing anything, I'll be running around fretting, but Paul and Steve will be finally able to demonstrate a DJ/VJ style we talked about some years ago, an internet curation experience of music and visuals that will, I hope, lean heavily on finding archive footage of bands like Neu! to project on to a screen.


Since we got the line-up together, we've been trying to publicise the gig using Facebook and Twitter and now this blog, and we've handed flyers out. I'm going on Future Radio on Wednesday 20th at around 4pm, and again on the day of the gig to talk about it. Please help by sending the flyer to your contacts and of course by coming along!


Buy your tickets in advance,
we think it's going to sell out…
Posted by Mark Wernham at 08:01 2 comments:

Click on the the picture, and you will be taken to the Gig For Japan page at firstgiving.com where you can donate some money whether you can make the show or not. And you can watch the gig online live! We've chosen Save The Children to receive online donations.

All money raised from ticket sales will be passed to Pray For Japan Norwich who are coordinating local fundraising activities on behalf of the Red Cross. Click on the picture to learn more about them. 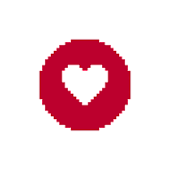 This picture is a link to pixelh8's chiptune compilation. Donate what you can and get a link to download 100 (count 'em, missus) chiptunes from the biggest names in the scene. The album has already raised nearly $7000!

Download this book to your device, and all the money goes to Japan. Kaoru watched the project develop on Twitter from idea in the shower to international phenomenon.